What Happens When You Eat Only Vegetables For A Month?

What Happens When You Eat Only Vegetables For A Month?

Fresh vegetables are rich with almost all the nutritional requirements our body needs to function. The health benefits of eating vegetables are enormous. For instance, they are a good source of vitamins, minerals, antioxidants, and dietary fiber. Vegetables and fruits are also low in calories and fats as a result of their high water and fiber content, which provide volume and weight but not calories.

We were curious to find out what would happen if a person eats only vegetables or fruits for a period of time. So, we decided to crawl the internet in search of individuals who have experimented with this idea. Our search led us to three Youtubers; two ladies and a guy who had consumed only vegetables for the experiment. The first consumed vegetables for five days, the second for two weeks, and the third for a month.

Tacobella ate only vegetables for five days. By her second day on the diet, she noticed it was becoming difficult to carry on as her body began to crave the familiar – carbs. According to her account, her third day was better because her body had started to adjust to the new diet and her energy levels were up. After the whole process, she lost 6 pounds in just 5 days and recorded significant changes in her body system.

Justine consumed only vegetables for two weeks. Her goal at the beginning was to do the veggie-only diet for 3 months. That quickly changed a few days in due to how challenging it was for her.

Justine noticed she felt a lot better after eating just fruits and vegetables. She supplemented her diet with lots of water to keep her refreshed and hydrated. The reason behind hers was detoxification of her system. Therefore, she tried her best to push her tolerance level. She wanted to cleanse and rejuvenate her body through clean and healthy eating and was determined to do so. Although Justine didn’t achieve her set goal of 3 months, she was able to complete 2 weeks of her detox journey.

At the end of the experiment, the diet helped her reset her cravings. As a result, she was not as hungry as she used to be, and really love how cheap the diet was to maintain.

The third individual ate only vegetables for a month. He had a start weight of 263lbs and an end weight of 231lbs which equals 32lbs.

It is obvious that one thing the three subjects had in common from eating vegetables for a period of time was weight loss.

Some research suggest the risk of cardiovascular diseases may be lowered if vegetables are consumed in large quantities.

There is also a 20% decrease in probability of cardiovascular illnesses in individuals who consume 5 servings of vegetables a day.

Several other research exists which suggest that as a result of a vegetable rich diet, blood pressure would be lowered, individuals would be insured against cancer, the risks of type II diabetes would be curtailed, the gastrointestinal system would function optimally, and it would be easier to relieve bowels. A major downside to this is the fact that constant intake of vegetables could drastically reduce a person’s weight, there would be a tremendous loss of weight, and other necessary nutrients the body requires would be deficient in such an individual.

The body needs all six classes of food to function properly. One class of food is not sufficient to cover for the rest, this is why a balanced diet is highly recommended and necessary.

Speaking of healthy food, read this article to find out how we partnered with Flour Mills Nigeria to harvest wheat across 3 northern states in Nigeria.

Eating only vegetables for an extended period can result in massive weight loss which may not be entirely healthy. A vegetable only diet starves the body of other necessary nutrients needed to support growth. 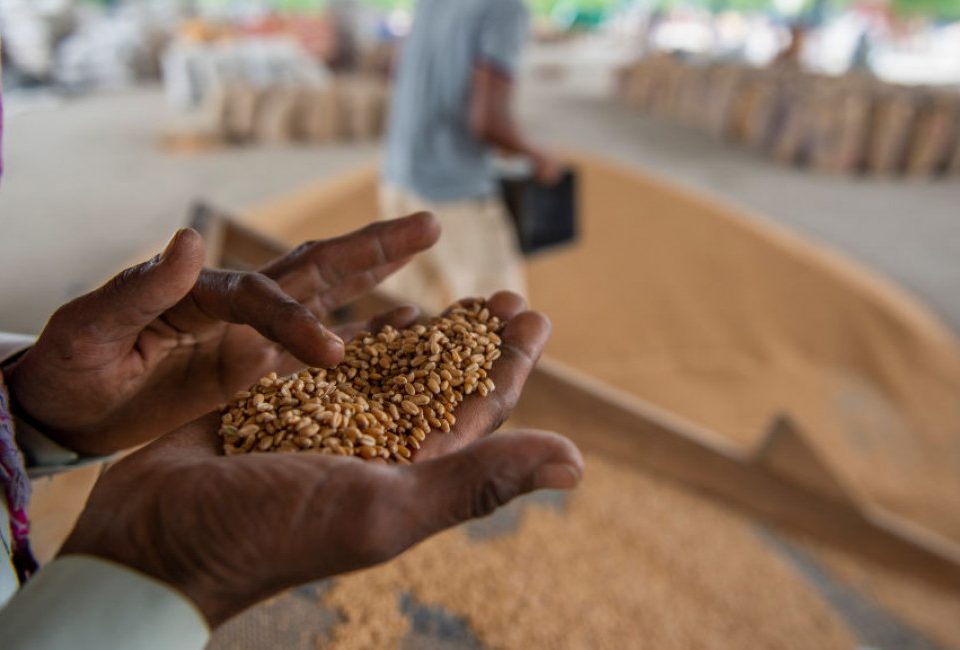